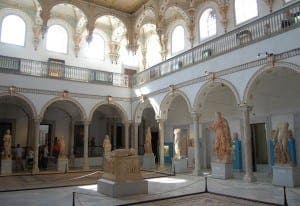 TWO Spanish tourists caught up in yesterday’s terrorist attack have been found alive.

Juan Carlos Sanchez and Cristina Rubio were found this morning after spending the night hiding inside the Bardo Museum in Tunis, Tunisia.

Earlier, a cruise ship company, MSC Cruises, said that two Spanish nationals were among six passengers missing after the attack on the museum.

A total of 23 people are believed to have been killed in Wednesday’s terrorist attack including Spanish and British nationals.