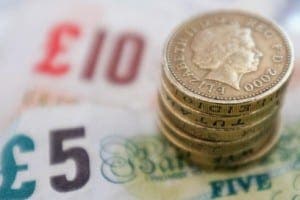 WITH the so-called ‘new era’ of UK pensions starting this April, it was expected that increased flexibility would also apply to QROPS.

HMRC told us this would be the case back in December 2014.

However, by mid March they realised that there were some gaps in their thinking and because of their own rules for QROPS, they could not extend the flexibility without a major re-think.

And now, with the UK General Election so close, they have announced a ‘temporary delay’. How long you may ask? We will have to wait and see…

QROPS stands for Qualifying Recognised Overseas Pension Scheme and allows people with accumulated benefits in UK pension schemes to move the pension fund into a QROPS based scheme outside the UK.

With increased pension flexibility we have seen great changes to some of the rules relating to benefits payable after the death of the pension holder. These are a step forward, with the removal of the commonly-levied penal 55% tax charge. People with QROPS will benefit from these changes – good news for them.

In his Budget statement, Chancellor George Osborne made reference to people who have already used their pension fund to buy an annuity contract. He intends to extend pension flexibility to these people from April 2016.

Exactly what this means and how it will work will become clear over the next year, but I suspect we will see the creation of a secondary market where people may sell their annuities for a capital sum.

In this way, the annuity providers will not see a run on their investment strategies because the annuity contracts will remain in place on the original terms; it will simply be the beneficial owner that changes.

The value of those contracts remains to be seen, but it certainly will not be a means to recoup your entire investment in the annuity unless it was a very recent purchase.

With the introduction of more choice with pension fund options comes the need for more advice. When you are in a restaurant, the menu del dia is a simple solution, but the full a la carte takes longer to study to make the right choices.

From this month on, UK pensions are indeed going a la carte, so get sound advice if you want to avoid financial indigestion!