THE world’s two most celebrated footballers could put their rivalry to one side and don the same strip in a one-off exhibition game. 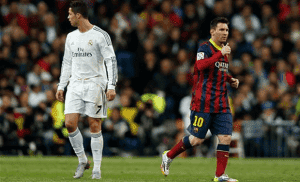 The La Liga duo would appear for the southern Europe side alongside stars from the French and Italian leagues.

While the northern Europe side would be comprised of the best players from the English, German and Russian leagues.

WATCH: A new star is born as final piece placed atop tower in Gaudi’s Sagrada Familia changing the skyline of Barcelona in northeastern Spain

Andalucia prepares to start COVID vaccinations for the under-12s