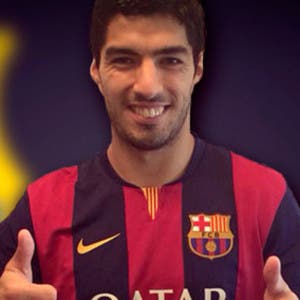 Just days before winning his first La Liga title with the Catalan giants, Suarez took time out to surprise an adoring fan.

Diagnosed with cancer two years ago, Mateo thought he was having a consultation with a Spanish doctor.

After initially chatting to a blank screen, Suarez appeared on screen and Mateo burst into tears when his ‘doctor’ turned out to be his idol.