THE chief minister of Gibraltar, Fabian Picardo has been awarded damages of £30,000 from the Spanish anti-corruption union Manos Limpias in a libel case. 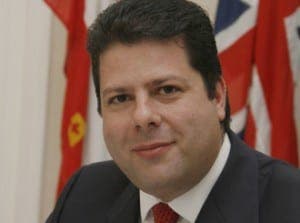 Picardo took action against the group and its leader Miguel Bernard Remon after he described him in ‘scandalous and false’ terms in front of the European Commission in 2013.

Manos Limpias refused to apologise for or retract its claim that Picardo was ‘an accomplice, collaborator and necessary co-operator in smuggling, drug trafficking and money laundering’.

The Supreme Court of Gibraltar reached a default judgement in favour of Picardo after the group failed to reply to the legal notice.

The Chief Justice has also ordered that Manos Limpias pay the Chief Minister’s legal costs of £35,000.

“It is very gratifying to see this matter now draw to a conclusion in Gibraltar,” said Picardo.

“We will now start the process of enforcement in Spain. It is unacceptable that a right wing Spanish group like Manos Limpias think they can defame Gibraltar or any Gibraltarian with such impunity.

“This helps to show them they cannot. My legal team of Lewis Baglietto QC, Julian Santos and Moshe Levy, has done a great job in delivering this excellent result.

“I will of course donate all monies recovered to a Gibraltar charity.”

Alex Trelinski - 30 Nov, 2022 @ 14:30
AN Alicante sustainable transport group is claiming that a female Italian cyclist was unfairly harassed after parking her bike on a city pavement. The PCM...