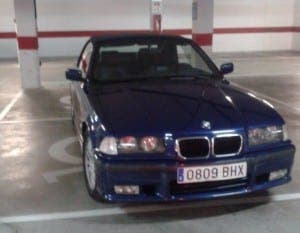 I have been known to suffer from the odd bout of road rage. This usually occurs at this time of year when the roads around Marbella are clogged full of tourists in their rent-a-cars trying to find the nearest sports bar and Madrileños in their Mercedes, who pay no heed to road signs and parking spaces, considering themselves to be far too civilised to worry about what we uncouth Andalucians think.

Regular readers of this column will know my thoughts on other motoring matters in Spain. Especially my disdain for souped-up Seat Leons, quad bikes and the fact that no one in this country has the faintest idea how to correctly navigate a roundabout, though why Spain needs so many of the bloody things…

I think there must be an EU directive that each country with an EU-funded road network is obliged to construct a roundabout every kilometre or so … normally embellished with some ill-judged piece of modern art. There are monster ants just outside Estepona and one roundabout at the entrance to Benalmadena greets the new arrival with a pile of giant steel balls. I will pass no further comment.

I’m also used to the generally rubbish standard of parking during summer. Any popular bar on the coast will normally have cars double or triple parked outside it, and it can take prolonged beeping plus a few choice Andaluz words to get your car out if you do find yourself blocked in.

The current trend for large 4x4s and American muscle cars also makes parking somewhat of a problem as they tend to take up at least two spaces on their own. Worse than thinking you’ve spotted a gap between two cars, only to find a skip parked there…

But all this pales into significance when compared to the parking I witnessed last month. I was doing the weekly shop in my local supermarket and had parked downstairs to keep out of the heat. I try and time my shopping to coincide with siesta so that I don’t have to fight my way to the checkout.

The supermarket was quiet and there were only four other cars parked downstairs. And then I saw it. A convertible BMW parked close to the entrance … across two disabled parking spaces.

Strangely enough, I fought the compulsion to key the idiot’s blue paintwork and instead posted the photo below on social media, which brought a similar response to my own outrage. So if anyone out there does know whose car this is, I’d be delighted to name and shame them!