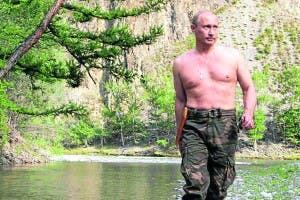 THE business dealings of Vladimir Putin are under investigation after claims have emerged that he tried to buy a Spanish property through a Russian mafia chief.

Papers revealing the Russian president intended to buy a Costa del Sol property were found in the care of one of Russia’s biggest crime bosses, Gennady Petrov.

The paper was found when Petrov’s lavish Mallorca property, complete with a Salvador Dali and numerous expensive cars, was raided in 2008 by Spanish police.

The papers which suggest the Malaga property deal are under investigation as part of a ten-year probe into Petrov’s criminal dealings.

Although Putin is not mentioned in the Spanish indictment, conversations between Petrov’s alleged gang members talk of his owning a Spanish property in the Alicante area.

Putin forcefully denies any accusations of his owning any undeclared houses outside Russia, although Olive Press sources revealed in January that the Russian was buying up a multi-million euro Marbella vineyard.