A NEW Spanish film based on an infamous PP tax fraud and bribery case will be released on September 18.

B stars Pedro Casablanc as disgraced ex-treasurer Luis Barcenas and focuses on the politician’s trial. 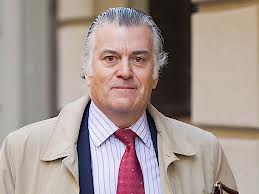 The film, named after one of the accounts used in the affair, also features Manolo Solo as judge Pablo Ruz.

It is based on a play, Ruz-Barcenas which dramatised the pair’s courtroom duel.

Barcenas is currently awaiting a separate trial on charges along with another ex-treasurer, Alvaro Lapuerta.

The PP were acquitted of all tax crimes in a case which rocked the Spanish political establishment.

They had been accused of keeping an unofficial account for illegal financing purposes and using €888,000 in undeclared funds to pay for reform work at its Madrid headquarters.