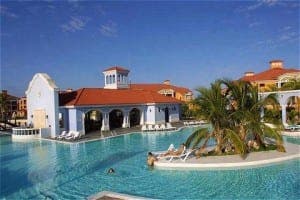 SPAIN is snapping at Morocco’s heels to offer the Mediterranean’s most competitive hotel stays.

In August, Morocco’s hotels were charging on average €100 per night, while Spanish hotels charged €124.

Generally, the southern Med’s destinations offered the biggest bargains while the east commanded the big spends, with Greece and Croatia hotels charging €177 and €160 per night respectively. Croatia has seen an increase of 13% on average hotel prices in the past five years.

Portugal hotel stays have also become more expensive but the average is currently a wallet-friendly €130.