THE first ever transsexual beauty queen has lost her battle to become Miss Spain. 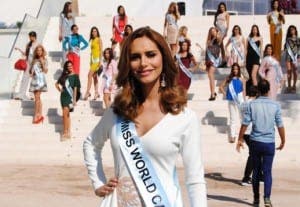 While she got to the final 25 in Estepona, she was pipped to the title by Miss Barcelona, model Mireia Lalaguna, with Miss Asturias and Miss Baleares coming second and third.

Despite being born in a boy’s body, Sevilla-born Ponce was overjoyed to make the finals.

She also feels passionately about the need to normalise gender diversity.

“I am here and I’m not that rare, I’ve just got a different history. I am not ashamed of anything.”

She follows in the footsteps of transgender woman Jenna Talackova, 27, who won a legal battle to win Miss Vancouver in 2012.