THE GSD has revealed ambitious new plans for the expansion of Victoria Stadium. 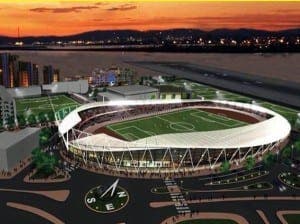 If UEFA approve the proposals – and the GSD win the election – Gibraltar would play internationals at the renovated Rock site.

However, the current GSLP plans to build a national stadium at Lathbury Barracks will go ahead if they win another term in government.

Under the GSD’s Sports and Leisure Plans, Victoria Stadium and adjacent Bayside Sports Centre would be ‘expanded and enhanced’.

The plans would also see Europa Sports Fields fully incorporated into a sport and leisure facility with a cricket and rugby pavilion.

John Culatto - 19 Aug, 2022 @ 17:41
CUSTOMS officers from the Algeciras port have discovered the biggest haul of cigarettes arriving by container in Spain this year. Authorities found over 10.3 million...