A NEW book by a British historian is shining a light on ‘the worst Republican atrocity of the Spanish civil war’, with its chief architect compared to Hitler. 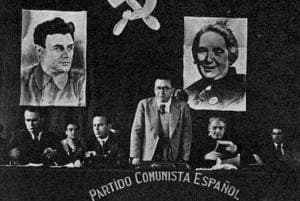 Julius Ruiz’s Paracuellos. An Uncomfortable Truth addresses the execution of 2,500 Madrid prisoners between October 28 and December 4, 1936.

“Just as Hitler didn’t sign any orders to kill all European Jews, neither did Carrillo. He left it to his close friend, Serrano Poncela,” claims Ruiz.

Ruiz’s investigation claims prisoners considered fifth-columnists by the Republican government were executed in Paracuellos on the outskirts of the Spanish capital.