You can sense the legacy of the Fascist dictator throughout Spain, where he is revered by some and despised by others, and, in Toledo, you can see his footwear. 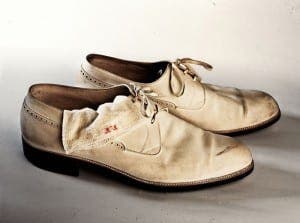 The museum, housed in the city’s handsome Alcazar, was founded in 1932 after merging several smaller military museums dating back to the early 19th century.

The exhibition offers an encyclopaedic portrait of how Spaniards lived and fought, and includes some of the tools and weapons used to build the nation.

Ornate battle costumes offer visions of war that are almost inconceivable when we think of the khaki-clad soldiers of today.

From the elfish leather moccasins of the 15th century Moorish king Boabdil, to the handsome but bullet-pocked carriage in which Eduardo Dato was killed in 1921, the exhibits are full of undeniable class and sophistication.

Some objects are mysterious old artefacts, but others are more familiar.

These include a machine gun, a whistle, a microphone used by Francoist general Gonzalo Queipo, and a coat belonging to the general Juan Prim full of bullet holes from the attack which killed him.

Toledo’s Army Museum has reinvented itself over the last five years and now provides a rich cultural history, and one of ‘the best collections of ancient artillery in the world’ according to El Pais.

All items photographed are part of the same memorable exhibition, a permanent fixture in Toledo’s Alcazar since July 2010.

The socks were embroidered ‘F.F.’ by his wife, Carmen Polo. Shoemaker Segarra and Franco were good friends, and the company enjoyed many golden years thanks to the relationship. 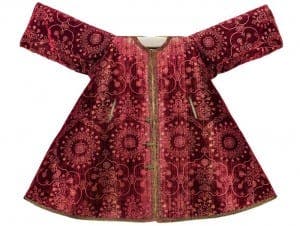 Fit for a little king

KING Boabdil may have been defeated in the Battle of Lucena, but at least he looked trendy when he was banged up in jail in his tunic and shoes.

The Moorish king, born in 1460, and also known as Muhammad XII of Granada, was very small: the pint-size nature of his costume suggests he stood at just 5 ft 4 inches. His clothing, including the slippers –  made from leather stitched with linen thread – was claimed as war booty.. 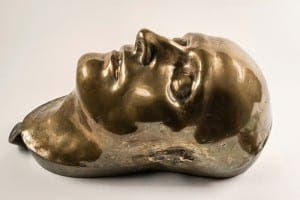 THE bizarre tradition of ‘death masks’, in which a wax or plaster cast is made of a person’s face after death, was all the rage when Napoleon Bonaparte died.

It is believed this was made two days after his death on May 5, 1821, shortly before the French emperor’s burial. 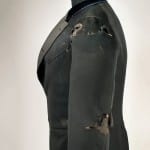 THE bullets in this jacket tell the story of the 1870 assassination of Spanish general Don Juan Prim y Prats.

He was shot seven times in the shoulder by unknown assassins, and the infected wounds killed him three days later. He famously scoured Europe for a monarch who was happy to be democratically elected, concluding that ‘looking for a democratic monarch in Europe is like trying to find an atheist in heaven.’ 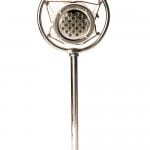 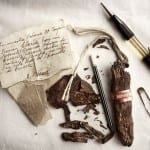 A LETTER, half a cigar, a pen, pencil, safety pin and piece of string were all found in the bag of either a rioter or a Francoist soldier during the Spanish Civil War (1936-1939) 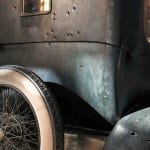 THE handsome carriage, made by US company Nordike & Marmon in 1917, was the vehicle in which Spanish political leader and three-time prime minister Eduardo Dato was killed in 1921.

He was on his way home when anarchists in a motorcycle and sidecar shot at his carriage more than 40 times.