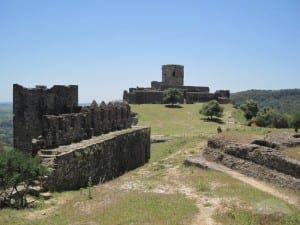 ONE of the Roman empire’s most important settlements could lie under the soil in Andalucia.

Archaeologists have begun digging in Jimena de la Frontera where they think a Roman ‘nerve-centre’ could be waiting to be discovered.

Originally uncovered by retired archeologist Hamo Sassoon when he retired to the Campo de Gibraltar, the excavation work could re-write the history books.

A complex series of walls, strategically placed castle and layout of the town were ‘obvious giveaways’ to Sassoon.

“At first sight the impression is of visiting an Arab castle on top of a hill,” lead archaeologist Miguel Angel Tabales said. “But the moment you take a critical look and analyse what you are actually seeing you quickly realise that this is nothing other than the remains of a very important Roman city.”

Excavationists estimate the dig will take up to six months to complete.