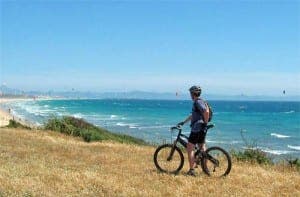 SPANIARDS are throwing away their shinpads and splashing out on bikes instead.

Cycling is now the most practised sport in the country, while football is on the slide, according to a ministry of sport report.

Wannabe Rafa Nadals aren’t hard to come by with 54% of people owning a tennis racket, although just 25% admitted to playing tennis in 2015.

John Culatto - 29 Sep, 2022 @ 14:46
GIBRALTAR has been forced to restart the bidding process for the much delayed sewage plant after the company it was dealing with last time...