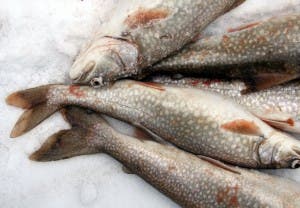 That’s the advice of Spanish scientists after testing 2,000 mothers and their babies at the Barcelona Biomedical Research Park.

The study found that mothers who ate 21 ounces of fish or more had smarter children than those who ate no fish at all.

In fact, the study concluded that the amount of fish a mother eats during pregnancy has a direct correlation to an infant’s brain function.