FOR decades it was the stop off for artists, politicians and celebrities.

So, it was something of a tragedy when Venta Madrona was knocked down due to the construction of an underpass through Sabinillas a decades ago.

One of the main stop-offs for travellers between Gibraltar and Malaga for centuries, the historic restaurant was always full and served up an excellent range of dishes.

“We had an amazing range of visitors, including Frank Sinatra, Ted Heath and former Prime Minister Adolfo Suarez,” recalls the son of the former owner.

“He was often here as he was a friend of my uncle.

He stayed the night and frequently sang. I remember even dancing for him as a child.”

The venta, which was built in 1929, also counted on the founder of Andalucian nationalism Blas Infante as a regular. “He had plenty of meetings here in the run up to the civil war,” added Jose, who studied history at Malaga University, before studying viticulture. 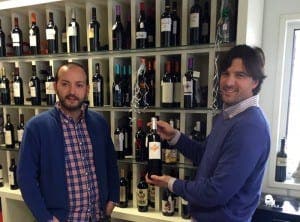 The family now run the wine and lottery shop next to the roundabout, which at least prides itself on being a busy hub of the community – like Venta Madrona before it.

DUQUESA DENTAL: Giving you a reason to smile more!