ANARCHISM grew in Spain from the late 19th century, reaching its zenith during the Spanish Civil War.

Close-knit communities that felt abandoned or ignored by institutions such as the Catholic Church and the monarchy suddenly had a set of beliefs to rally around and the promise of a better life to come.

Strikes organised by anarchists in the late 19th century often ended in violence. Anarchists were also responsible for bombing outrages such as the attack on Barcelona’s Liceu Theatre in which 20 people were killed in 1906.

In 1910, the emergence of the CNT trade union with is red and black flag gave the organisation its main focal point. Violence continued to convulse Spain, with the massacre of anarchists by government soldiers in Cadiz’s Casa Viejas sparking outrage.

By 1934, the CNT’s membership had swollen to 1.58 million. Two years later, the CNT played a pivotal role in the fight against Franco’s uprising, with anarchists taking a major role in quelling Barcelona. The Barcelona anarchist militia, the Durutti Column, were famed for their fighting prowess.

For a year, the Catalan city was run by the CNT alongside the socialist UGT union. On arriving in Barcelona, George Orwell declared, ‘It was the first time that I had ever been in a town where the working class was in the saddle.’

But in May 1937, communists ousted the anarchists and seized control of Barcelona. This in-fighting between Spain’s left-wing groups contributed to the Republic’s eventual defeat.

Although declared illegal under Franco’s dictatorship, the union survived and continues to represent workers rights, with its CNT-IAT branch affiliated to the International Workers Association. 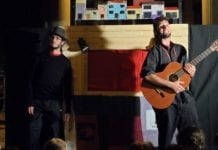 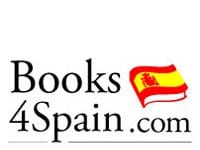 Learn about España with Books4Spain