FIVE Francis Bacon paintings worth €30 million have been stolen from a Madrid mansion in a ‘professional’ art heist.

In the largest modern art burglary in recent Spanish history, thieves successfully entered the property near Encarnacion Square, deactivated the alarm and took the works while the owner was absent.

The paintings were nabbed from a 59-year-old art lover with the initials J.C.B. who was a personal friend of Bacon and received the art as an inheritance gift.

The paintings have not been identified but have been described as ‘portraits and landscapes’.

Investigations ongoing since the theft was reported in June have led police to believe the paintings have not yet left the country.

The ‘professional’ thieves left no fingerprints or clues and have so far not attempted to sell to undercover agents posing as art buyers at the recent contemporary art fair in Madrid, ARCO.

“The thieves are not going to have an easy time of it… It is  not easy at all to offer a Francis Bacon, either small or large, without it reaching the ears of the scouts operating in this very special sector,” an art expert said. 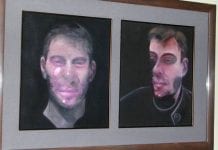 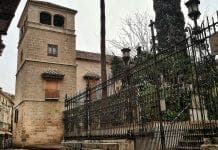