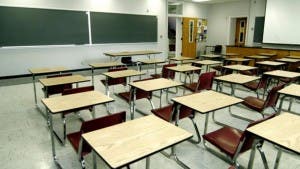 A new registry of ‘sexual delinquents’ recently created by Spain’s Ministry of Justice lists over 40,000 Spaniards who are barred from working with children.

New rules introduced by the government last year state that people working with children must prove they have no sexual or criminal history relating to minors.

Although the law is ambiguous given that it did not specify professions, it has been revealed that 40,782 Spaniards will not be granted such permissions.

The number is the amount of people convicted of a sexual offence, and not all are necessarily linked to minors, but all are listed on the Central Sex Offender Registry recently created.

Those who have been convicted of abusing minors, including watching child pornography, will be barred from working with children for 30 years from the day their sentence is finished.

The period is ten years for those with sexual offence convictions not involving minors.

Other than the legislation’s ambiguity in not listing professions affected, unions are criticising the new rule by claiming it criminalises all workers by forcing them to prove the have no history, breaking the presumption of innocence.

Spain’s Ministry of Justice said they had chosen to prioritise the protection of minors, and that every worker who has regular contct with children has to present their history.