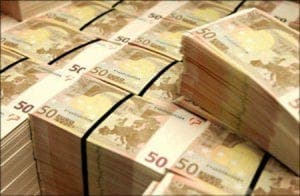 A GROUP of British holiday home owners have been refunded €3.3 million in taxes they should never have been charged.

The Spanish hacienda (tax authority) is being forced to hand back millions of euros worth of punitive taxes to Brits who were overcharged on inheritance tax.

Another €7 million euros worth of claims is still to go through the courts, after the European Court of Justice ruled that the charges were ‘discriminatory’.

The Spanish authorities raised the tax charge when a foreign owner of a home died and passed it on to their family or friends.

The inheritance tax levied on non-resident homeowners usually amounted to a third of the properties value and had to paid within six months of inheriting.

However, 99% of the tax did not apply to Spanish homeowners and therefore they paid alomst nothing.

On average those affected by the tax are receiving €30,000 each.

Barcelona based lawyer to Luis Cuervo expects more people to now come forward to claim what they are owed.

“The repayment is not automatic, you have to come forward a file a claim,” he explained. “Anyone who paid the inheritance tax during the past five years can claim back all the tax that they paid – but doing so is a complex and daunting task only for specialised lawyers, experts in EU tax claims, as there is no single form to fill in.”