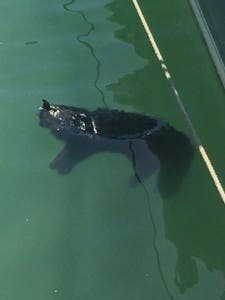 A SERIAL cat killer appears to be on the loose in Sotogrande.

It comes after two pet cats were brutally killed in the millionaire’s enclave, one having been drowned, the other hanged.

The attacks are suspected to have been carried out by a repeat offender known to police, who has previously committed other crimes of cruelty.

The bodies of both cats were found by security guards, who threw them in local bins, which is a breach of animal disposal regulations.

“The owner of the hanged cat had her for 16 years and was searching bins to find her,” Guillermo Paez, Soto Cats Rescue president, told the Olive Press.

“It truly heartbreaking that she couldn’t say goodbye to her pet.”

He continued: “We were sad about what happened but especially disappointed at the port staff’s handling of the situation.

“We want all harbour personnel to make sure this kind of thing doesn’t happen in future.”

He added it was anything but the first time it had happened.

His organisation is set to denounce two counts of cruelty to animals and is taking action to ensure protocol is followed in the future.