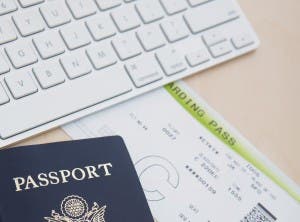 THE number of British tourists who have lost money through travel scams has increased five times over in the last year.

Police are set to crack down on fraudulent websites after holidaymakers lost more than €15 million last year due to a significant rise in online reservations.

The average traveller falling foul of fraudsters on the web was conned out of €3,795.

Pundits believe the scams have come about partly due to websites such as Airbnb where con-artists could easily advertise non-existent properties or enter the accounts of legitimate property owners.

Tens of thousands of tourists were left without a place to stay in Spain after the homeowners’ profiles were hacked by scammers asking that the booking fees be paid into their own bank accounts.

And now a new problem has emerged with phony flight websites offering budget fares – some tourists even being led there through legitimate price-comparison sites.

Get Safe Online campaign, a Association of British Travel Agents initiative, has launched in order to close down fake websites after victims raise the alert.

Above-board companies are also set to up their online security measures.

“The victims are not just suffering a financial cost they also have to deal with the severe disappointment of holidays or trips to visit loved-ones being cancelled at short notice and fraudsters are always on the lookout for new opportunities,” said ABTA chief executive Mark Tanzer.

An Airbnb spokesman boasted the website had facilitated ’80 million positive, safe stays and issues for hosts and guests are incredibly rare with a safety team of over 250 to prevent fraud’.

Alex Trelinski - 8 Feb, 2023 @ 15:00
TWO people who ordered 31 new trains for the Asturias to Cantabria commuter rail line have been sacked after the rolling stock were too...