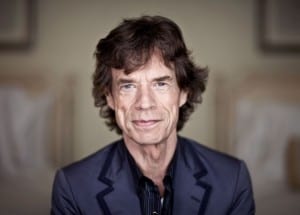 IF the genie in the lamp granted me a few wishes, one of them would be to get published in the Oxford Dictionary of Quotations.

I’d love to own a great one liner. Like George Melly’s quip to Mick Jagger when the ageing rocker said his wrinkles were laughter lines: “Surely nothing could be that funny.”

It’s strange but true that being able to string a few sentences together on paper doesn’t mean you can do the same orally.

It was a lesson I learned way back, as a cub reporter ‘out in the field’ (literally) when stories had to be phoned over to a ‘copytaker’ – a now-defunct breed of speed typists hired to bash out our purple prose on manual Olivettis.

There was no need for speed in my case, excluding the race to beat rival hacks to the nearest red phone box – the pay-as-you-go kind. There, while an angry queue built outside, I’d attempt to transcribe my shorthand scrawl into hold-the-front-page news before someone’s fist broke through the glass.

All this while simultaneously rummaging in my handbag for coins to keep the phone fed. “Well, he was found guilty, the man accused of murder … a Mr um … I know I wrote his name down somewhere.” The copytakers paid each other bribes to be the one not to take my call.

Even when I learned the lines I’d fluff them.

Earlier in my career of oratorial non-excellence, I played Prospero in The Tempest (I was too tall to play female parts).

“Betide to any creature in the vessel/ Which thou heard’st cry, which thou saw’st stink” (sic) I declaimed.

I got bawled out by the drama teacher.

“Beckett. You have succeeded in turning Shakespeare into a farce, which takes some doing.” It’s largely what spurred me on to become a writer.

Give me a notebook and I could pen you a dictionary of witty ripostes and withering putdowns:

–         like the one attributed to Malcolm Williamson, Master of the Queen’s Music: “Lloyd Webber’s music is everywhere, but then so is Aids”;

–         or Carina Frost when asked if her broadcaster husband David was religious: “Yes,” she replied. “He thinks he’s God Almighty.”

But alas, the mot juste eludes me. I’m a women’s libber but not an ad libber. When it comes to the spoken word, I’m just a mistress of drivel.

–         “She speaks five languages and can’t act in any of them.” Sir John Gielgud on Ingrid Bergman

–         “She can’t be with us tonight. She’s busy attending the birth of her next husband.” Snooker champ John Parrott on Joan Collins

–         “I’m prepared to take advice on leisure from Prince Philip. He’s a world expert. He’s been practising for most of his adult life.” Neil Kinnock

–         “Does the Honourable Lady remember that she was an egg herself once: and very many members of all sides of this House regret that it was ever fertilised?” The late MP Sir Nicholas Fairbairn to Junior Health Minister Edwina Currie over the salmonella crisis