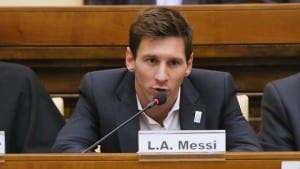 LIONEL Messi has claimed he had no knowledge of any attempts of tax avoidance at his trial in Barcelona.

The Argentinian and Barcelona forward is accused of defrauding the Spanish government of €4.1m euros.

Both him and his father are said to have concealed profits made from the sale of image rights between 2007 and 2009, using offshore companies in Belize and Uruguay.

“I didn’t know anything, all I know about is playing football and winning. I left it all to my Dad,” he told the court.

“I only knew that sponsors would pay X amount of money, that I had to do adverts, photos and things like that

“I never read anything… I would sign where they said. 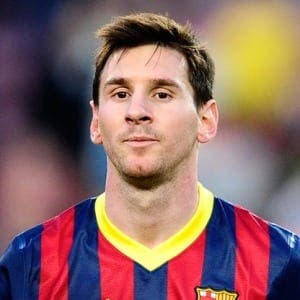 “I signed [the adidas contract] when I was 18, I was in another world.”

While his father managed all his financial affairs, it was argued he may have known enough to be culpable.

Tax authorities are demanding they both serve almost two years in jail but the public prosecutor is only pursuing Messi’s father.

Jorge Messi had earlier said he was unaware that the offshore Beliz company that handled image rights didn’t pay taxes to Spain, and that he never told his son the details of sponsorship deals.

“Since the start of Leo’s career I only tried to make his life easier,” he said.

“Leo knew nothing of these companies. He didn’t read the contracts.

“They needed his signature, he went and signed but he didn’t read anything and nor did anyone explain it to him.”

Hecklers outside the Barcelona court demanded Messi pay the money back to the taxpayer, while supporters were also out in force to support their favourite player.

The 28-year-old striker has missed part of his home country’s preparations for the Copa America, which starts in the US on Friday.