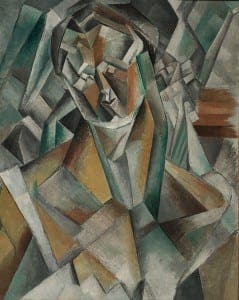 ONE year after a Picasso painting smashed records for the most expensive piece of art ever sold at auction, another of the Spanish painter’s greatest works is up for sale.

Sotheby’s is gearing up to auction what experts name the most important Cubist painting in decades, Femme assise.

And the 1909 painting which has been off the market for more than four decades could fetch in excess of €35 million, the auctioneers predict.

The seller, whose identity is unknown, bought Femme assise at a Sotheby’s auction in 1973 for €433,545 and is now set to receive more than fifty times that.

The auction takes place in London on June 21 after an exhibition in Sotheby’s New York, Hong Kong and London galleries over the next month.