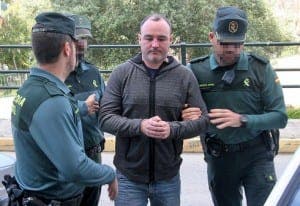 THE ex-boyfriend of missing expat Lisa Brown has been linked to a people-smuggling gang.

Simon Corner, 33, currently in prison accused over her disappearance, is believed to be connected to a British man, charged with smuggling 17 Albanians into the UK.

The murder suspect has now been connected to alleged smuggler Stephen Jackson, whose yacht was intercepted by police in Chichester last month with the migrants on board.

The Olive Press can confirm that Jackson also owns another yacht DayDream, which has been impounded in Lanzarote in connection to the disappearance of the mother-of-one.

It is thought that Liverpudlian Corner used this boat in the suspected homicide of Brown, who lived near Sotogrande.

“Police are investigating whether DayDream could have been used to dispose of Lisa Brown’s body at sea,” a source told the Olive Press.

“They are still scouring it for clues.”

This week the UK’s Maritime and Coastguard Agency confirmed that the yacht is registered to a Stephen Jackson, of Exeter, along with a woman we are not naming for legal reasons. 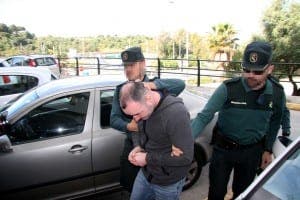 It comes after it emerged that Corner left Spain for the Canaries, where he allegedly spent time on the yacht, before flying to Ireland and then Denmark, where he was arrested in April.

Brown, 32, has not been seen since she went missing from her Guadiaro home, last November.

She had been dating Corner, described as a ‘wheeler dealer’ who had various yachts and did frequent trips across the Med.

In December, the Olive Press reported how Corner had double crossed ‘two or three big criminal gangs’ and had been involved in a ‘serious incident’ in Ceuta connected to two women, as well as a possible stabbing.

A source said: “I know there are some Moroccans who are scouring the globe for him.”
Corner was also convicted of making death threats with a knife in Gibraltar last year.

The Liverpudlian disappeared just days after Lisa was reported missing and firstly went to Thailand, before being finally arrested in Denmark.

Jackson has been charged with people smuggling, as the UK sees a surge in illegal migrants being shipped across the English Channel to small ports by criminal gangs.

Last month, 18 illegal Albanian migrants and two Britons were rescued off the coast of Kent from a sinking boat.