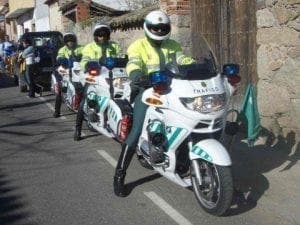 THE Guardia Civil will carry out 25,000 alcohol and drug tests on Spain’s roads this week.

The extensive checks are part of a campaign with the European traffic police network TIPSOL, which will ramp up checks across the continent.

The goal is to catch habitual drink or drug drivers who regularly travel under the influence.

Almost 100,000 drivers in Spain have been detected committing the offence this year already.

It was only a month ago that notorious expat Westley Capper mowed down and killed a Bolivian mother while under the influence in San Pedro.

While Spain has considerably lower maximum limits than the UK and its European counterparts, the smallest amount of alcohol and drugs can affect driving ability.

Out of the thousands killed in road accidents each year, 40% display the presence of alcohol or drugs in their system, according to the National Institute of Toxicology.