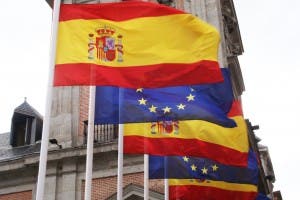 THE European Commission concluded on Tuesday that Spain failed to take ‘effective measures’ to reduce the deficit of 5.1% of the GDP against the goal of 4.2%.

Spain and Portugal, who also did not adequately reduce its deficit, could face fines but so far the Commission has seemed reluctant to punish the countries as they have made clear efforts to keep the deficit under control especially during a recession.

Germany, however, would prefer to use Spain as an example to other member states by issuing heavy fines.

France and Italy, who could be future candidates for sanctions, want a more lenient response.

If the issue is included on the agenda for the next Ecofin meeting, Spain will have ten days to lodge claims and the Commission will have twenty days to create a sanction proposal.

If not, the sanction proceedings will be moved to the fall.

Spain prefers delayed proceedings due to current political instability after the repeat elections.

Nothing is certain but the Commission could either order budget cuts and fines up to €2.1 billion or the proceedings could be cancelled entirely and the fine left at zero euros.