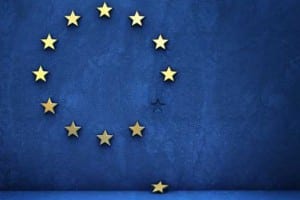 I WENT to bed a European. I woke up an outsider.

I will be frank from the outset. I have always considered myself European. I was in my 20s when the Berlin Wall came down and remember watching the live TV pictures open mouthed in my living room as people poured through.

Magazines such as Time and Newsweek – remember when they were the source of international news in the pre-Internet age – breathlessly reported on the collapse of communist regimes across Europe, all looking to the West for their future.

Some of my earliest assignments were to report on the preparations in Seville ahead of Expo 92, and I remember the enthusiasm of the new European nations.

I was going to be one of the New Europeans, as the adverts put it, who would be part of a bright, shining future.

Born in Britain but living in Spain, I was part of a modern, forward-thinking Europe.

But after the EU Referendum all of that has changed.

I had a series of meetings and media briefings with THE British Ambassador in the run up to the referendum and he described it as the most important decision in 150 years for the British people.

And the British people gave a two fingered salute to the Single Europe that I grew up with.

What that means for the future for British expats in Spain is still to be decided.

Or I could change my nationality. I’ve been living in Spain long enough to apply for Spanish citizenship.

Or if things in the UK (another oxymoron) pan out the way they seem to be going, I could soon be the owner of a brand new Scottish passport!

Cristina Hodgson - 11 Aug, 2022 @ 16:30
A WILD boar has astonished beachgoers in Malaga after a showy exit out of the sea and onto the sandy beach, before it disappeared...