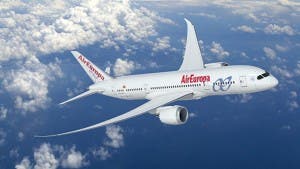 The group will strike from July 30 to August 2 over grievances that include the outsourcing of parts of their fleet to another airline.

Pilots union Sepla has said it will run minimum services throughout the four days.

Other grievances are said to include alleged discrimination against pilots, who have called for their rights to be respected, as well as ‘arbitrarily’ adjusting work schedules, according to the union.

Spain is expecting a record number of visitors this summer as rival destinations such as Egypt and Turkey are being avoided by travellers following a spate of terror attacks.