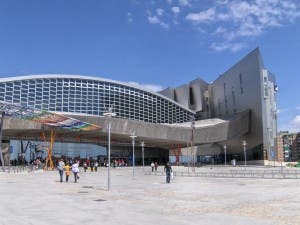 MORE than 30,000 videogame fanatics will descend on Malaga this July for the fourth annual ‘Gamepolis’.

Held at the Palacio de Ferias y Congresos from July 22-24, attendees will try out new tech, listen to speakers and rub elbows with gaming professionals such as Enrique ‘xPeke’ Cedeno.

Enthusiasts will also do battle with the best players out there in games like Overwatch, NBA 2k16, Smite and more.

This year’s convention should solidified the event as one of Spain’s top-three, as twice the amount of promoters and developers will attend compared to last year.