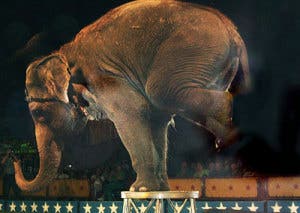 EXPATS are furious over a broken promise to ban circuses with animals in Mijas.

It comes despite a council meeting, last month, that agreed to outlaw such entertainment.

“We all approved the motion and a few days later discover posters all over the place for a circus with animals,” insisted a spokesman for the PP party.

The town hall claimed the ruling had come too late to prevent the circus in Las Lagunas from setting up as it already had permission.

‘Any motion needs a month to take effect,” said a Ciudadanos spokesman.

Only two years ago, a carousel ride with horses erected in the same area was outlawed after local protests.

Mijas council agreed to ban the carousel after a 65,000 signature petition was received.