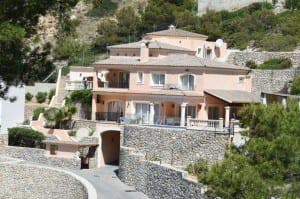 EVER since the Marbella Club hosted the likes of Audrey Hepburn and Laurence Olivier during the 1950’s, the Costa has been a hotbed for an international Who’s Who.

Think Russian President Vladimir Putin, now investing in a Marbella hideaway, and Status Quo’s Rick Parfitt who gave up Rockin’ All Over the World to settle with his family in Alhaurin.

But life moves on, and so do some of the stars. And while it’s not a case of ‘I’m a Celebrity – get me out of here’ (they’ll miss Spain almost as much as we’ll miss them) there’s always a fresh batch of big-name arrivals to look forward to.

And while they pack up, you could move in … 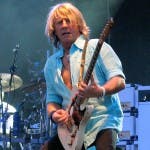 Rick Parfitt – The rock legend is changing the Status Quo and moving on from his Malaga mansion. Nestled into the foothills of Alhaurin El Grande, this six-bedroom, five-bathroom villa could be yours for a cool €995,000. It comes complete with Whatever You Want (more or less) including tennis courts, a swimming pool and a garden to rival any horticulturist’s wildest fantasy. 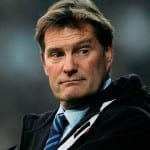 Glenn Hoddle – Score a five-bedroom mansion in swanky Sotogrande for €2.4 million and you get to boast that football commentator and ex-Spurs star Glenn Hoddle once lived here. He’s moving on from Spain after 13 years to explore his love of golf in other parts of the world. The three-storey bolthole boasts spectacular views of the Costa del Sol countryside and features a kick-ass pool and sun terrace. 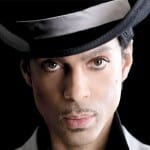 Prince – While the world is still mourning the loss of this music legend, superfans with cash to burn can get that bit closer to their idol by snapping up Prince’s Marbella palace.The 13-bedroom mansion in Paraiso Alto is on the market for a princely €5.25 million and, like its owner, it doesn’t do things by halves. The salmon pink des res overlooking the Med boasts an outdoor jacuzzi, a duplex master bedroom suite and a colonial-style double staircase with white marble balustrades sweeping down to a chandeliered entrance hall. All that’s missing is lighting to turn the rain purple. 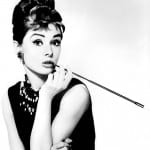 Audrey Hepburn – While the Hollywood beauty is no longer with us, her Golden Mile mansion in Marbella where she stayed regularly in between filming, is still in tip-top shape.

Not yet up for sale, Fine and Country Marbella are renting out this gorgeous beachfront villa for €1,000 per day. The four-bedroom hideaway comes with its own pool and is surrounded by towering horticulture to give you all the privacy you need. A more perfect spot for breakfast than Tiffany’s! 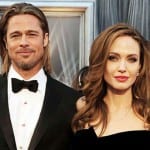 Brangelina – Hollywood power couple Brad Pitt and Angelina Jolie fell so in love with Spain they couldn’t help but buy another family home.

The eight-bedroom €3.47million mansion, chosen by Pitt, has stunning views of the Mediterranean and Puerto Andratx, west of the Mallorcan capital of Palma. 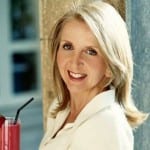 Gillian McKeith –  The 56-year-old Scottish health guru and hubby Howard Magaziner are in the process of buying a dream property in the soaring Serrania de Ronda. The couple are understood to be buying a 26-bedroom hotel in Cortes de la Frontera.