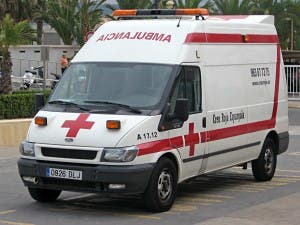 THOUSANDS of angry Costa Del Sol residents are demanding 24-hour ambulance cover after the deaths of a three-year-old girl and a man.

The Manilva group’s Facebook page ‘En El Paraiso Sin Ambulancia’ (In Paradise Without An Ambulance) has attracted over 2,500 people and a Change.Org petition has been launched.

Meanwhile, in a separate incident just days later a man died in a park after an ambulance failed to arrive.

The group is calling on the Junta to establish permanent 24-hour emergency care in the Manilva area, with at least one ambulance and the improvement of current equipment.

“The death of this child is the straw that broke the camel’s back,” said the group’s founder María Victoria Sequeiro.

“There is no emergency service at the weekends in Sabinillas because the doctor that is there needs to have a break.”

The group say the Junta had promised them a 24-hour service five years ago.