IT has come to light that the UK had access to data which may have changed the outcome of the Winter Fuel Payment temperature test, which would have required the payment of  up to £300 to continue for British pensioners in parts of Spain. 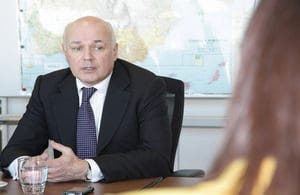 The Winter Fuel Payment, was stopped to pensioners in Spain in 2014, as it was deemed too ‘hot’ on the grounds that the average winter temperature is higher than the warmest part of the UK which is 5.6C in South-West England.

This new information meant that the UK could have altered the approach to the Winter Fuel Payment. Judging it regionally, instead of basing it on the general weather of the country.

A DWP spokesman said they had “worked with the Met Office to develop a robust and fair methodology”.

The DWP added: “Putting in place systems to identify where people live in foreign countries would be overly complex and prohibitively expensive.

“By basing the requirement on the national average temperature, we help create an effective and deliverable service for people living in climates which are colder than the warmest region of the UK.”