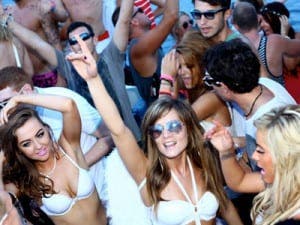 SPANISH regional and local authorities have announced that they will be increasing security at summer fiestas in a bid to protect women.

This comes after a series of protests, marches and petitions after a gangrape and other sexual assault offences occurring in Pamplona and other similar mass events.

Popular summer fiestas including Sanfermines and the upcoming Tomatina, will now be heavily guarded with local councils such as, Vitoria, Palma and Baza,  pledging to have a zero tolerance approach,with special measures to be taken.

The measures include awareness campaigns, self-defense courses for women, alongside  drafting in extra police officers.