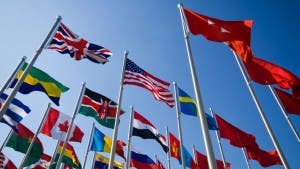 SPAIN has come out triumphant in a recent expat survey.

The sun-soaked country ranked 14 out of 67 in the InterNations Expat Insider 2016 survey, which was released on Monday.

Spain also ranked exceedly high in the categories “top quality for life” and “ease of setting in”, coming fifth and tenth respectively.

An overwhelming 92% expats in Spain claimed to be overall satisfied with their life, While only 42% of respondents felt  “overall positive about their career prospects”.

It goes without saying that the Spanish warm climate, made expats “very happy” with 84% saying  this has made a positive impact on their move.

Spain excelled in “making people feel welcome” Three-quarters of respondents said that it was generally easy to settle down.

The survey by InterNations, defines ‘expats’ as people who live in a different country than the one they were born in or whose nationality they have.

InterNations quizzed 14,300 people of 174 nationalities in 191 countries about various aspects of their lives.