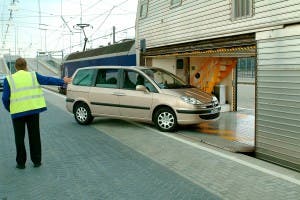 A MAJOR cannabis-smuggling ring that used stolen British cars to transport drugs from Spain to the UK has been smashed.

Among those arrested in the joint operation between Spanish and UK police are 12 Brits, nine Spaniards and a German.

Largely based on the Costa del Sol and the Costa Blanca, the gang would load up the stolen vehicles in Spain before driving through France and on to the UK via the Channel Tunnel.

Cars stolen in the south of Spain would be taken to Barcelona to ‘cool off’ for a few months before being used in drug runs.

Each car would transport around 100 kilos of cannabis concealed in specially-adapted secret compartments.

Some cars not used for smuggling were sold on in other countries, including Portugal and Italy, police investigators said.