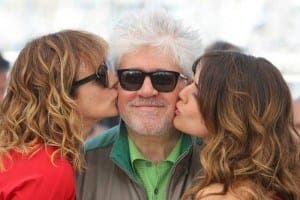 PEDRO Almodovar’s new film Julieta has been selected as Spain’s entry for next year’s Oscars.

It is the sixth time the quirky director has been nominated for the award in the Best Foreign Film category, which he won in 1999 with All About My Mother.

Julieta is based on three short stories by Canadian Nobel laureate Alice Munro and tells the tale of a woman’s guilt after she
becomes estranged from her daughter.

It was up for the Palme D’Or at this summer’s Cannes Film Festival.

In 2002, Almodovar also won Best Original Screenplay Oscar for Talk To Her.