This is the human cost of an alleged string of property scams carried out by a Dutch family gang based on the Costa del Sol, the Olive Press can reveal.

Furious British expats and Dutch nationals, back home in Holland, have accused Jan Herman (Henk) Brinkman and several family members of swindling them out of hundreds of thousands, probably millions, of euros.

Marbella-based Brinkman, 47, and his father-in-law Jan Te Riet, 72, are alleged to be at the centre of a web of fake companies that have conned dozens of families both here and back home.

But despite a mountain of evidence – and dozens of alleged victims – Brinkman remains at large and was even spotted last week driving a luxury white Porsche Cayenne in Puerto Banus.

Today, the Olive Press can reveal just some of the accusations levelled at Brinkman and his cohorts:

When the Olive Press broke the story of the alleged swindling of German expat stuntman Peter Wicke, 48, in March, we had no idea we that a deluge of alleged victims would contact us.

Indeed, in the last two months alone, we have been contacted by over 30 alleged victims and our reports have now featured in national newspapers and on TV in Holland.

It all started with when Marbella-based Wicke told us how he lost €2,500 in a bogus €5 million film deal with Brinkman’s investment company JE Investeringen (or JE investments).

Describing it as a ‘very clever scam, both deceptive and calculated’, the company had tried to look legitimate by getting registered with the Dutch Chamber of Commerce under the name ‘Jan Te Riet’.

The business analyst had first met Brinkman and his wife Johanna Te Riet at a barbecue organised by the Parents Teacher Association (PTA) of exclusive €15,000-a-year Aloha College, where their sons were classmates.

Tempted by Brinkman to invest in a Marbella beach bar, Van De Wiel transferred €90,000 to an IBAN account in Brinkman’s wife’s name, as instructed.

The Brinkmans claimed the money didn’t arrive. A month-long investigation by the bank revealed the IBAN is in the name of Jan Te Riet. The money has not been returned to Van De Wiel.

Since then a number of angry parents have resigned from the PTA, on which Johanna was conveniently a member.

“She has been handling money for the PTA,” explained one. “All the parents at the school think it is a disgrace. It’s disgusting. We are very concerned.”

Aloha College were unavailable for comment, although it is understood Johanna has now been removed from the PTA.

But the scams did not stop there, allegedly.

Another Brit Frank Ferris came a cropper when he rented his three-bedroom Estepona house to Brinkman and Johanna Te Riet before agreeing to sell it to them.

“They were very nice. They said money was not a problem, although sometimes Brinkman had a BMW or Range Rover and sometimes an old banger,” Scot Ferris, 59, told the Olive Press.

“Everything was fine for the first 11 months. We agreed a price and contract. But as soon as the contract was signed things changed, the deposit was not forthcoming and the rent stopped.”

Ferris took the couple to court and they were evicted, leaving the Scot with unpaid bills and legal fees of more than €30,000.

But the story became even more remarkable, when Ferris discovered that during the year they had been in the home they had been subletting to holidaymakers via website Owners Direct.

One family from Essex, Julia and Colin Reeves paid a €500 deposit via Paypal to rent the home, and were then slapped with a shock text demanding ‘damages deposit’ of €3,500 on arrival by Johanna Te Riet.

Mrs Reeves described what happened next as ‘a horror story’.

It was no surprise that a few days later Barclaycard were in touch to inform her that the card had been used to rent a car. “Obviously I had not authorised this,” she added.

On departure, they had to wait hours for the couple to turn up with their damages deposit, alongside their bemused 12-year-old son.

But oddly, after getting out the €1,500 and counting it it in front of them, Brinkman suddenly put it back in his pocket and made a run for the front door.

“He pushed us and our six-year-old out of the way very aggressively,” she said. Meanwhile, a friend was pushed to the floor, left badly bruised.

“He ended up running round the back of the villa, down the bottom of the garden and jumped through some trees to get away, leaving his son at the villa with all of us.”

Amid the chaos, in scenes reminiscent of Fawlty Towers, a new family of rental clients suddenly emerged in the front drive ready for their summer holidays.

It emerged they had also been duped into paying €4,000 to rent the house.

In their native Holland, the allegations against Brinkman are even more serious.

In 2014, Robert Jan Schoor was one of 15 Dutch salespeople who claim to have lost up to €15,000 in a fake Marbella property business fronted by Brinkman.

Schoor quit his successful sales-training business to join Van Der Meer Investments, which purported to have dozens of exclusive Costa properties to sell.

“Brinkman said I’d be a millionaire in a year and I was persuaded to pay €2,500 to join and was then given a contract for €7,500 a month to train his team,” Schoor said.

But two months later, neither Schoor nor his wife had seen a penny.

“I begged him every week to pay me,” he said. “But after two months he said we weren’t fitting in and fired us.

“I couldn’t get another job so I couldn’t pay the mortgage and eventually lost our home,” said the 53-year-old. “My wife had a mental breakdown over it.”

Bodybuilder Schoor says he has scoured Marbella trying to find Brinkman, but to no avail.
Just last month, an investigation on Holland’s main TV channel NPO1, sparked by our stories, revealed a string of new alleged victims.

One of these, retired Geert Jan Engelmoer, 65, was unable to get a mortgage due to an old debt. The company the pensioner turned to for help, Wijkopenuwdroonhuis (We Buy Your Dream Home), promised it could secure a property he had found for a fee.

Unfortunately for him, the site – registered at the same address and Dutch Chamber Of Commerce number as JE Investments – was run by Brinkman.

“We paid Brinkman €7,000 for legal charges, but then he disappeared,” said Engelmoer. “I can’t buy the house and I have had to pay €10,000 compensation to the seller.

At least 10 other alleged victims claim to have been duped by the same website.

One, Martijn Breekveldt, told the Olive Press he lost €9,250 after his girlfriend met Brinkman to discuss buying a house.

“After I paid him there were all kinds of excuses then eventually he disappeared. I haven’t heard anything since,” said Breekveldt.

In a separate case, 21 partners at debt restructuring company UW Advies B.V were left €365,000 out of pocket in 2013, after Brinkman was found to have fraudulently bankrupted the company.

Each paid Brinkman €17,500 for the franchise to cover different regions of Holland.
Company curator Aniek Gielen confirmed to the Olive Press that ‘substantial amounts were transferred from the company’s account to Brinkman, close family members or his personal creditors.’

“This guy has left a trail of scams in the Netherlands for which he is still wanted,” one alleged victim Arie Boemaars told the Olive Press.

This may have come a step closer with the news that Brinkman has recently been brought in for questioning over the Van de Wiel case.

National police inspector Juan Fernandez Morales revealed in an email to Mr Van de Wiel that Brinkman had been ‘arrested’ and it was now being dealt with by Estepona court. 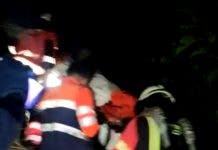