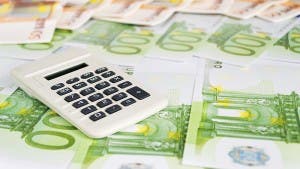 THE acting government of Spain has said it will raise €8 billion by the end of the year by requiring companies to pay more of their tax bill upfront.

A spokeswoman for the Treasury Ministry said it has been briefing political parties on the tax overhaul, which is to be signed off today.

Spain is scrambling to decrease its deficit in a bid to avoid potentially devastating fines for repeatedly missing targets set by the EU.

The conservative Partido Popular had previously estimated that it would raise €6 billion from the tax changes, but it has now increased that figure to €8 billion.

Despite Spain’s growing economy, doubts are growing over its ability to meet the targets.

The European Commission is requiring the country to reduce its deficit to 4.6% by the end of 2016, but a Bank of Spain forecast projects it will only fall to 4.9%.