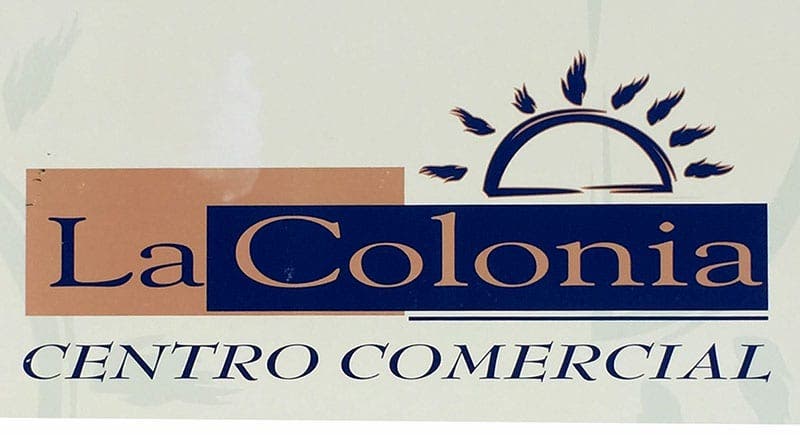 IT is probably best known as the home of Mcdonald’s and Dia, sitting beside the A7 on the outskirts of San Pedro.

But La Colonia shopping centre has so much more to offer, with a fantastic range of shops, services and restaurants, all in one easy location and ample parking for free.

One of the true nerve centres of San Pedro, anybody who has lived on the coast for a while will have used the Passion Cafe for meetings, both social and business… before popping into the clothes shop Twist boutique, next door, or the interior shops such as La Casa Bonita and, now, The King of Cotton across the way.

Yes, this is a great one-stop shop for most things you need, with a golf shop, an opticians, a card shop, florist and even a pet shop all sitting cheek by jowl.

And don’t forget the trades and services specialists, who line the upper floor and include estate agent KMS, currency specialist Rational FX, and interior designer Liana Varini, who is just about to open.

Yet, few people know the great historical significance of the name, which comes from its farming colony days and was launched by one of the coast’s earliest expat families.

The story starts when Scottish miner John Charles Mackintosh, swapped the chilly Highlands to found his own coal mine just inland from the coast in the early 19th century.

He amassed a vast fortune over the next few decades, in particular by exporting his coal from a port depot near Funny Beach, just east of Marbella centre.

Much of it was sold to the British navy.

However the family’s luck was not to last and when civil war broke out in the 1930s things became tough and his son John Mackintosh was forced to flee from Marbella to Gibraltar, finding much of his property confiscated.

He lived out the rest of his days on the Rock, and left £20 million to the government when he passed away in 1940 – much of it helping to fund university fees for Gibraltarians.

He is remembered there from the name of the social centre, the John Mackintosh hall.

However, it is back in Spain that he had the most impact, buying up large swathes of land around San Pedro for an unofficial family he had with a Catholic lover from Sevilla.

The Protestant felt so bad about neglecting this ‘illegitimate’ lover, who he could not marry due to their families’ opposing religions, that he gave all the land to her family on his death.

Cue La Colonia, built by the third generation of the Mackintosh family, and still owned now by the fifth generation.

“The history is so interesting,” she says, “Even the square here is named after John Mackintosh’s mother Maria Luisa. 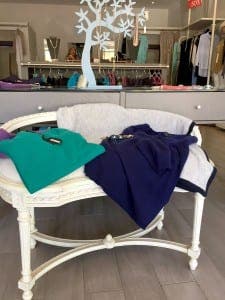 “It’s a great spot, we are so easy to find and there is fantastic parking which makes it really accessible.”

And the site continues to attract new businesses, like King of Cotton, the place to go for beautifully soft bed linens, towels and other bed and bath accessories.

Supplying many leading hotel chains, including the Four Seasons, Hilton and Marriott, the chain realised it would do well when hotel guests kept asking where they could find their sheets, dressing gowns and scented candles.

“The king has arrived,” store manager Max Bosse quips. “We have stores in the UK and Europe but now we are tapping into the Spain market and this location just off the A7 is perfect for us.

“There’s a lot of footfall here because you have everything you could need.”

No one knows that better than Irishman Malcolm Spendlove, who brings foodies from far and wide to his famous Passion Cafe.

Its legendary breakfasts and international dinner menu has seen it notch up over 15 years on the coast, making it one of the most successful cafes around.

“We are open throughout the day seven days a week from 9am – 10pm, so we see all types of eaters,” explains the hard-working chef, who also owns Gourmet Burger nearby.

“You have a lot of businessmen having meetings here but also families grabbing lunch and we have people from the UK, Ireland and, of course, the locals.”

Liana Varini is also hoping to take advantage of the international clientele that La Colonia brings.

The former Emirates air hostess, who got her architecture and interior design qualifications in her home country of Italy, all while serving high-flying travellers, is looking to diversify the clientele of her company, Interiors by Liana.

“I want to tap more into the European and Russian market as well as hold on to my Middle Eastern ones and this spot is great for that,” she says. “It’s very central on the costa, right next to Marbella and Banus but also Estepona, and the roads make it very accessible so I can travel back and forth very easily.”

The clientele has expanded over the years, with the new boulevard and road upgrades bringing holidaymakers as well as the locals.

“There is a lot more footfall now,” explains Jane Clark, owner of Twist Boutique for nine years. “The shops bring a wide group of people which means more business… you can literally get everything you need from one centre.”

Twist offers fashionable easy wear and dresses made from high quality materials, and from a range of hip brands.

Pair this with its golf shop Golfino, the Apollo gym and Rational FX and you’ll have to think hard of what else you could possibly need.

They even have the Playskool creche upstairs where you can leave your children to play in safe hands.

So don’t let its seemingly small exterior fool you, La Colonia can be your one-stop destination.

All you need to know about San Pedro Alcantara feria 2022