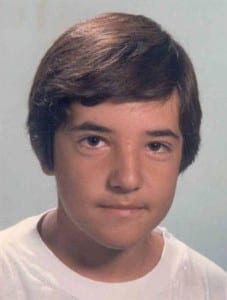 THE ‘child painter of Malaga’ has been declared dead some 29 years after he went missing.

Budding artist David Guerrero disappeared from his Malaga home at the age of 14, almost three decades ago.

With no word or sighting of him since he left home on April 6, 1987, Guerrero’s missing person case has finally been put to bed.

Relatives will now inherit money left to David by his father after his death last year.

Surviving relatives had been unable to access their share of the inheritance as David was still technically registered as one of the heirs.

This situation has forced the family to request that David be formally declared dead, nearly 30 years after his disappearance.

Information about the declaration were made public in a last-ditch attempt for clues about David’s disappearance.

However, nobody came forwards and previous investigations in Switzerland and Portugal have come to nothing.

David received the nickname ‘child painter of Malaga’ after his painting Christ of the Good Death was hung in Malaga’s La Maison gallery.

On the day of his disappearance, David walked out of the house with his art material and bus pass.