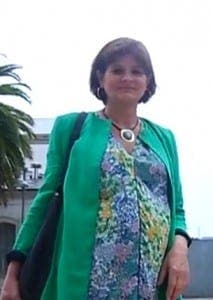 A SPANISH woman has defied biology by falling pregnant at 62… 20 years after she began menopause.

Doctor Line Alvares said that she has been given a ‘second chance at life’, with just weeks remaining until she is due to give birth to a girl.

The mother-of-two, who started menopause 20 years ago, got pregnant by using fertility treatment.

She said: “’They said there was only a 6% chance of success, but I got pregnant with a baby girl.

“Everything is going perfectly. I feel like I’m having a second chance and the pregnancy has made me feel younger and stronger.”

However, not everyone is overjoyed by the ‘miracle’ baby, who will be 18 when her mother reaches 80.

“This person is taking on a huge risk,” said Jose Antonio Castilla, the former secretary general of the Spanish Fertility Society.

“The law which regulates assisted reproduction states that treatment should only be given when neither the baby nor the mother is put at risk.”

The infant will be a younger sister to two big brothers, aged 10 and 27.