I HAVE been gratified by the many emails and private messages that I have received arising from this series.

Some of the inquiries have related to legal advice unconnected to Brexit which I and other members of my team have been delighted to answer.

However the bulk of the interest has been to do with implications of Brexit for Gibraltarians and other British citizens residing in Spain.

Brexit is very much terra incognita but there is a great deal of information out there which should allow one to predict likely outcomes.

As I said in a talk in Rabat, Morocco last week, the economic data does not support the doomsday scenario painted by many people who voted to remain.

On the one hand the UK economy continues to present as much more solid than those of its European neighbours. So much so, that in late September the Organization for European Cooperation and Development (OECD) which continues to prescribe austerity for most other countries in the EU recommended an increase in British public spending. This is not a turn of events which can be ignored.

Internally, the Office of National Statistics reports that the impact of Brexit on consumer confidence has been “negligible”.

On the other side of the fence, prognoses for the rest of the EU appear to be less bright. Ex-Greek Finance Minister Yannis Varoufakis says that the EU is “disintegrating” because it is “badly constructed” and has failed in terms of the banking union, the economy, public debt and migration.

Varoufakis highlights the failure of European leaders to recognize that there is a crisis. Of course, the ways of the Ostrich are always a precursor for disaster but I for one stop short of his conclusion that the collapse of the EU will be as “quick and painful” as it was in Greece.

So, is the EU really in a position to face down the UK? 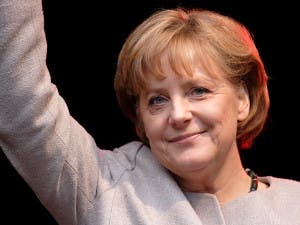 For “EU” many read “Germany” and the powerful Frau Merkel in particular. Will Germany support Mr. Hollande’s and Mr. Juncker’s threats to make Brexit as painful to the UK as possible?

The figures suggest otherwise. The UK accounts for 20.5% of Germany’s entire trade surplus (€51bn). This at a time when Germany’s losses in loan interest to the European Central Bank are said to amount to €125bn and the costs of its immigration policy have been estimated as €400bn from 2016-2036.

Logic dictates that Germany will want to protect its trading advantage and one does not need to be a Nigel Farage to conclude this.

Closer to home, the Spanish economy continues to be fragile. Despite recent improvements, the unemployment rate of 21.4% (2015) is a whopping twice the size of that of e.g. Turkey.

One of Spain’s traditional major industries is, of course, tourism and long-term visitors to the country. Would Madrid want to prejudice this?

Recent reports from the Gibraltar Chamber of Commerce and organizations in nearby parts of Spain have suggested that the Gibraltarian economy accounts for up to 25% of activity in the Campo de Gibraltar. Would Madrid want to prejudice this?

We live in strange times. Politicians in many countries appear to have become detached from the realities on the ground but, wherever one looks the hard facts tend to show that it is in everybody’s interest to ensure that Brexit is carried out in an orderly fashion and in a spirit of continuing cooperation.

What do you think?