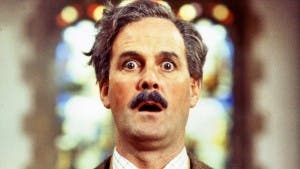 The 76-year-old star of Life Of Brian, Fawlty Towers and a Fish Called Wanda was hailed by the organisers.

“His sharp and irreverent vision and unmistakable physical humour are part of comedy’s DNA,” the BBK Ja organisers said.