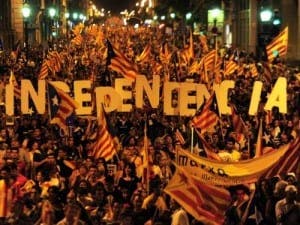 A CATALAN government opinion poll has shown that people in the region are evenly split over the question of seceding from Spain.

The Opinion Studies Center poll showed that 45.1% of those asked oppose independence while 44.9% favoured it, with the rest still unsure.

The figures mean the amount of people in favour of leaving Spain has dropped after the last poll in July gave the pro-independence camp a 47.7 – 42.4 lead.

The dip in support comes a year before the regional government has said it will begin breaking away from Madrid.

Cristina Hodgson - 3 Dec, 2022 @ 10:30
Alhaurin de la Torre in Malaga has installed roadside signs to try and protect the ducklings in the area. The City Council, through the Department...