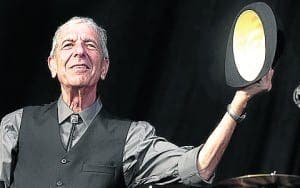 WHEN Leonard Cohen broke into Save the Last Dance for Me at his final Spanish concert, it was a love song to the country that shaped his music and lyrics.

At 78, his 2012 farewell at Madrid’s Palacio de Deportes marked the climax to almost 40 years of performances in the country, which began in Barcelona in 1974.

But far beyond being one of his favourite places to tour Cohen, who died on November 7 aged 82, credited Spanish culture for influencing his entire musical career.

The true extent of Spain’s importance to Cohen was not widely known until 2011, when he received the prestigious Prince of Asturias award in Oviedo, conferred for his achievements in the arts with hits like Hallelujah and Suzanne.

In his acceptance speech, he revealed how he learned to play classical guitar from a Spanish musician, after their chance meeting in his hometown of Montreal.

“He was playing a flamenco guitar, and he was surrounded by two or three girls and boys who were listening to him”, Cohen recalled.

Cohen asked him for lessons and the two met at his mother’s house. “He took the guitar and he produced a sound from that guitar that I’d never heard… a six chord progression that many, many flamenco songs are based on,” explained the artist. 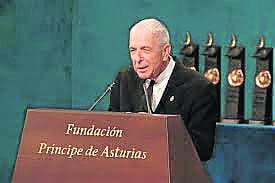 “It was those six chords… it was that guitar pattern that has been the basis of all my songs and all my music.”

The young Spaniard never returned to the house to give Cohen further lessons. Tragically, he committed suicide the following day.

“I knew nothing about the man. I did not know what part of Spain he came from…. I was deeply saddened, of course,” said Cohen who, from that moment on, switched from acoustic to classical guitar.

The Spanish chord pattern that imprinted on Cohen’s mind melded seamlessly with his penchant for other aspects of Latin culture.

In the same acceptance speech he told the audience: “I have a Conde guitar, which was made in Spain in the great workshop at Number 7 Gravina Street (Madrid); a beautiful instrument that I acquired over 40 years ago.”

But the musician’s love affair with Spain runs deeper than guitars and chords. As many Cohen fans will know, it was celebrated Spanish poet Federico García Lorca who gave him his ‘tongue’.

“I studied the English poets and I copied their styles, but I could not find a voice,” Cohen said.

“It was only when I read, even in translation, the works of Lorca that I understood that there was a voice.

“It is not that I copied his voice; I would not dare. But he gave me permission to find a voice.” 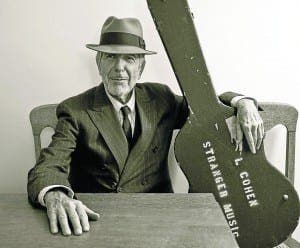 The accompanying video was shot in Granada, Lorca’s home, featuring sweeping vistas of the Alhambra. Cohen used the occasion to visit Lorca’s birthplace, Fuente Vaqueros, where the author’s Casa Museo had just opened.

And to consolidate his admiration for the poet’s work, Cohen named his daughter Lorca.
Recently, political group Vamos Granada launched a bid to have the Canadian officially recognised due to the special relationship he had with the city.

“Leonard Cohen is the history of our music and lyrics,” it said.

The two were introduced in one of Lorca’s favourite Madrid bars in 1993. They went on to release Morente’s Omega album in 1996, a homage to Lorca containing some of Cohen’s lyrics.

Cohen struck up another notable relationship with Aragon multi-instrumentalist Javier Mas while staging a musical comeback after a long struggle with depression.

He first rang Mas in 2007 to ask about his arrangements on an album that used the 12- string bandurria.

The relationship reached its peak when Mas accepted an invitation to play in Cohen’s band on his final world tour, Old Ideas.

Cohen’s love affair with Spain is far from unrequited. Spaniards, too, have embraced his hauntingly dark and powerful voice.

He has been well-known here since his 1967 debut album, Songs of Leonard Cohen, as three of the tracks were used on the soundtrack for the film Mccabe and Mrs Miller, released in Spain as Los Vividores. 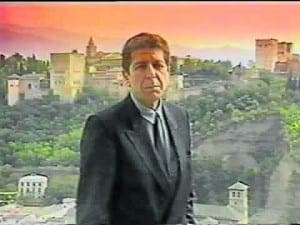 His songs have been covered by numerous artists, from Espaldamaceta y Maria Rodés’ El Partisano to Russian Red’s So Long, Marianne.

Writer Alberto Manzano cemented Cohen’s place in Spaniards’ contemporary cultural canon when he created the 2007 tribute album, According to Leonard Cohen, with half a dozen Latin acts. He went on to scribe his biography in 2010.

Returning to the final remarks of Cohen’s Prince of Asturias speech, the dapper maestro described how Spanish culture had left him humbled.

“It was the base of all my songs and all my music so now you begin to understand the dimensions of gratitude I have for this soil,” he said.

“Everything you have found favourable comes from this place and is inspired from this soil.

“It’s really your work, you have allowed me to sign my name at the bottom of the page.”

Books: 12 essential Spanish literary works that are NOT Don Quixote

Woman swindled out of €20,000 in online romance scam by bogus doctor in Spain’s Murcia region