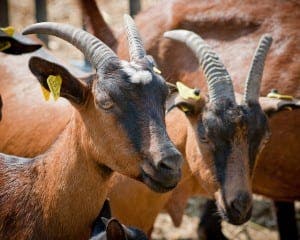 GOAT owners in Malaga have been left furious after the price of their animals’ milk almost halved in the past two years.

In 2014, farmers were receiving 88 cents for every litre of goat milk, but this figure has now dropped significantly to 47 cents.

Malaga has 230,000 goats, whose milk is often seen as a more nutritional alternative to cows’ milk.